"The system is set up against our community, and it shouldn't be this way," says Kaleya, one of the young designers at the SEED Institute behind Selling Dreams, a single-player online simulation game developed on the iThrive Sim platform. "This game is a wake-up call."

Selling Dreams invites players to take on the role of a Guardian tasked with meeting the needs of the young people they encounter and helping them through their unique challenges. In their role as a supportive actor, each Guardian must stay on top of files, messages, and relevant news sent to them about the youth they serve. Players must make decisions throughout the game using the insight they gather about how to engage with those in their care. These decisions are all final, have different consequences, and can impact the Guardian's 'Respect Meter,' which gauges the level of trust and rapport the young people have toward the player. 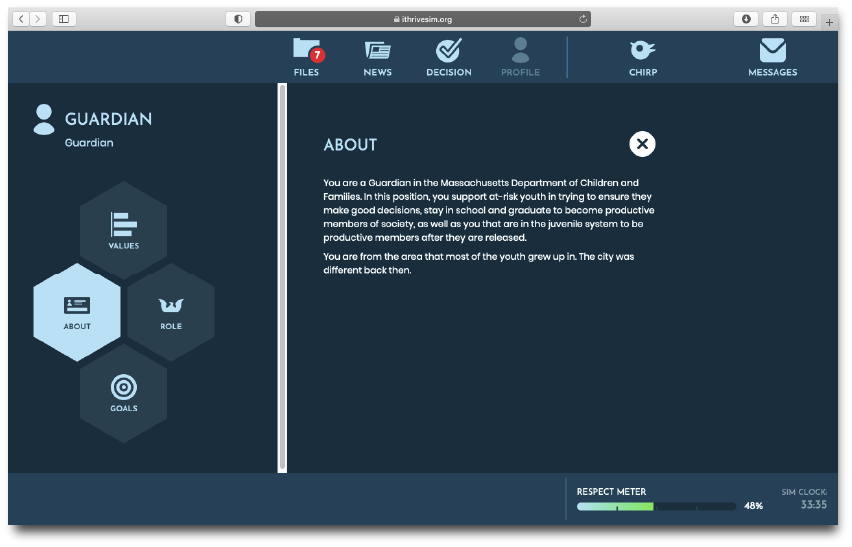 "This game shows you what kids are facing—false promises that are being made by the system," shares Bernado, the lead designer behind the SEED Institute's award-winning board game, The Run Around. Like its predecessor, Selling Dreams mirrors the lived experiences of SEED (System Educated Expert Disruptors) Designers who navigate or have navigated Massachusetts' juvenile justice and child welfare systems. The SEED Designers' stories and experiences inform the game's content, reflecting the interactions and relationships they've had with adults to prescribe what was needed in the crucial moment they were in. The designers are training the case workers tasked with disrupting the harm they've personally experienced by inviting them to confront similar harms in the game, and think critically about the behaviors that encompass truly responsive care and support. "Selling Dreams gives the player hands-on experience at taking on the role of a guardian," says Justin, a SEED Designer voicing several of the videos and audio clips featured in the game. "You get a caseload of different youth and have to make the best decisions in order to help their cases." 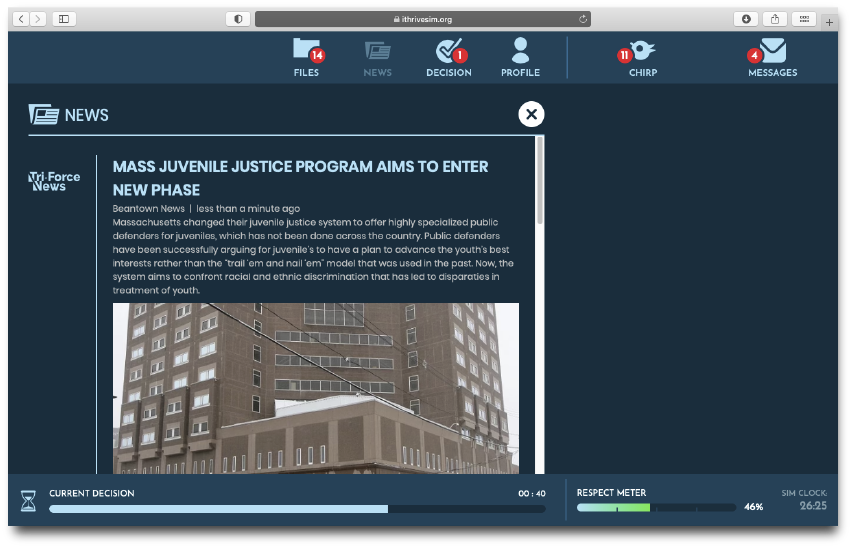 The short simulation game not only aims to transform the behaviors of the people who staff MA's youth-serving systems but also advocates for structural change by those who design those systems. "There are many stressors and competing demands experienced by adults who are charged with supporting young people in the juvenile justice or child welfare system," says Kaleya, "and these systems heavily affect the youth in our community." These factors in Selling Dreams mirror the real-life circumstances of caseworkers in MA and across the country, reflected in each Guardian's assigned caseload and the pacing of updates they receive. "There's a huge pressure on the Guardian to make the right choices and focus on their cases," says Justin. As the SEED designers note in the impactful play experience they've created with Selling Dreams, part of the work to support young people is making the delivery of responsive care structurally possible in Massachusetts and across the nation. 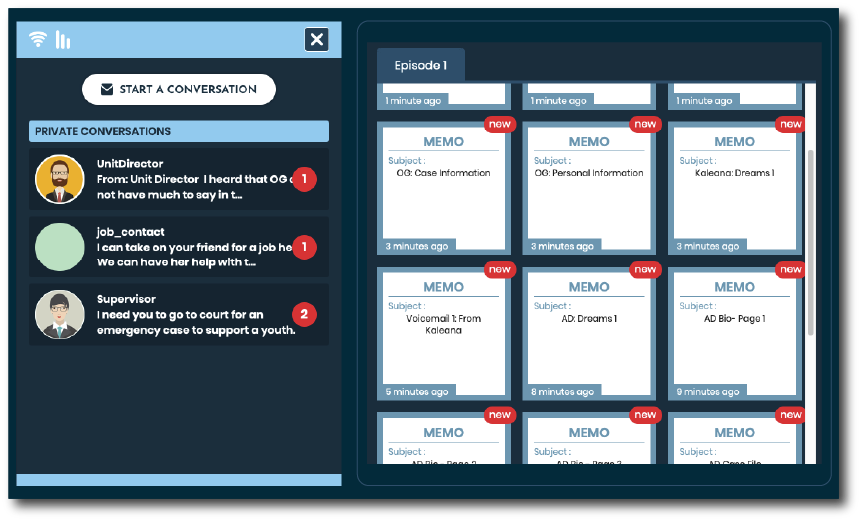 Amidst an intensifying youth mental health crisis, the work to support the well-being of young people demands that we challenge our assumptions about what is needed to keep them safe and support their health and thriving. It takes honesty to design a system of support that meets young people; core to that honesty is the voice of young people. Selling Dreams tells the SEED Designers' stories in an immersive and truthful way that names the structural harm and shortcomings in Massachusetts' child welfare system. The game provides a meaningful training opportunity for youth-serving adults to think critically about how they're showing up for adolescents. It is the SEED Designers' hope that in this current system where young people are functionally voiceless in expressing their needs, this game equips all adults who work in systems that impact young people like them with the insight to approach, engage, and respond to them meaningfully. As shared by SEED Designer Bernado, the goal is for those who play Selling Dream to walk away from the experience with a renewed commitment to "paying attention, listening to the kids, and creating more opportunity for them." In realizing these behaviors, we create an ecosystem of youth-serving actors rooted in care, empathy, and intention.

This summer, Selling Dreams will join the SEED Institute's growing library of games played with stakeholders in Massachusetts and shared with the world to advocate and ignite systems change. Sign up here to be notified when the online game launches and is available for purchase.

We’re honored to share International Serious Play Awards wins this year with Affordance Studio and with the youth game designers at the SEED Institute!

How Games and Play Support Transformative Civic Engagement in Teens

Games can help teens build the social and emotional skills to co-create together and be responsible, engaged members of society. Here’s how.
Back to the top