Home / Newsroom / Game Culture is As Important As the Game
Category:

Game Culture is As Important As the Game

Do you floss? I'm talking about the dance, not dental hygiene, and I think everyone should at least know one reason flossing is so popular.

I recently learned to floss because my 7-year-old niece and I disagreed on how it's done. Who was right doesn't matter. What does matter is that my 7-year-old niece knows the dance because it is popular in Fortnite, a game rated Teen (suitable for ages 13 and up) by the ESRB. My niece has never played Fortnite and it's possible that many of her friends have not played it either. But Fortnite isn't just a game. Elements of it, flossing included, have colored the surrounding youth culture. Fortnite has inspired prom invitations and helped shy kids gain popularity. And I've found that the culture surrounding games like Fortnite can provide mental health clinicians with meaningful opportunities to connect with clients.

Gaming As a Language

As a mental health counselor, I once worked with a teenage client who loved to play Destiny, a popular - although not as popular as Fortnite - sci-fi-themed, multiplayer, online first-person shooter. Being an online game, it was impossible for us to play the game in my office. Well, unless I set up two televisions, two consoles, and connected both to the internet. That was not the setup I had, but what we could easily do was talk about the game and share stories. When he found out I also loved to play Destiny, it helped us build our therapeutic relationship and I could immediately tell that he felt more comfortable in therapy. Just knowing that I enjoyed the game helped my client feel like I could understand him better. And since we both knew the game so well, Destiny references became a second language we used in our sessions.

He talked to me about his favorite moments from a match and we discussed how he socialized online with his friends and people he didn't know. We were able to talk about value in terms of the colors used for engrams (in-game prizes) and used the "loot cave" (a location in the game from which it was very easy to gain prizes and which was later removed by developers) as a metaphor for something that changed despite people wanting it to stay the same.

My client started bringing videos of his in-game accomplishments to our sessions. He wanted to share some of his greatest and funniest gaming moments with me, and I welcomed this sharing. However, we saved these moments for the end of our sessions because we agreed our focus should be on learning to deal with his anxiety. But hearing him talk about the in-game moments that mattered to him in his own voice and seeing his actions on the screen helped me appreciate what he was like in a more natural, comfortable setting and how much the game meant to him. 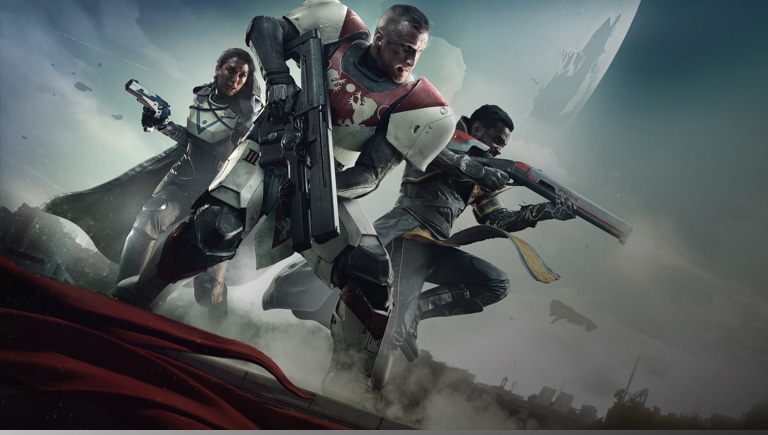 (Destiny 2 by Bungie. Photo from https://www.destinythegame.com/size-requirements)

Like in Fortnite, dancing is a big part of Destiny. It's what you do to celebrate or kill time, and sometimes you start a dance party where lots of people just, well, dance. Other than playing the game yourself, watching a livestream on Twitch is the best way to begin to appreciate the culture around dancing in a game like Destiny.

I suggest that clinicians explore the games their clients seem to care about, from watching Twitch streams to playing the game themselves if possible.

Understanding the culture around a game can build a bridge to discussing lived experiences outside of the game. My client once showed me a video of him "cheesing" a boss battle and it opened the door to a serious conversation about cheating on a test in school. Is "cheesing" the same as cheating? Is it acceptable to cheat if you never get caught? Is it the teacher's fault that it was so easy to cheat? Our understanding of the game and its culture made talking about aspects of his life a lot easier.

If my client had not brought footage of himself playing, I would have had only an idea of what playing Destiny was like for him, based on my own experiences. I can look up information on a game and watch news coverage or trailers, but those videos will not always help me understand the culture surrounding the game.

In terms of setting appropriate boundaries with my client, I did face a conundrum around our shared interest in Destiny. One day, he asked if we could become friends on the PlayStation Network so we could play Destiny together online. I explained that there were particular boundaries we needed to set. I realized he found it difficult to understand this particular boundary. He understood that I was his therapist and that we couldn't be friends or hang out between sessions. But being an online friend seemed different. And if we both played Destiny, why couldn't we play Destiny and fight the enemies together?

After that session, I made changes to my intake and consent forms to address this boundary. I wanted to make sure that all my clients understood that even just being in the same game clan was a dual relationship and we should avoid these whenever possible.

Even if we couldn't play together, I know my client understood that we were both Guardians, rekindled by the light of the Traveler, and that when you finish a Nightfall you celebrate with a dance party. That kind of understanding only comes from deeply sharing an interest with your client. But every clinician can show at least some interest — that can go a long way and can be a very important part of the therapeutic relationship. Start by asking your clients what they like and take it from there.

Josué Cardona is a mental health and technology expert. He runs www.geektherapy.com, a website that celebrates the intersection of Geek culture and mental health. Josué has a background in biomedical engineering and a master's degree in mental health counseling. He operated his own psychotherapy and coaching practice for two years.
Previous Post
Next Post

Leveling Up: How Playing Video Games Helped Me Find Passion and Purpose

Jacob Rivers, an avid gamer, shares how games supported his self-discovery and becoming, preparing him for his next level in life.

Vol. 3 of Journal of Games, Self, & Society Examines How Games Transform Us

Volume 3 of the Journal of Games, Self, & Society, guest-edited by Claudia-Santi F. Fernandes and Grace Collins, examines how games connect and transform us.
Back to the top