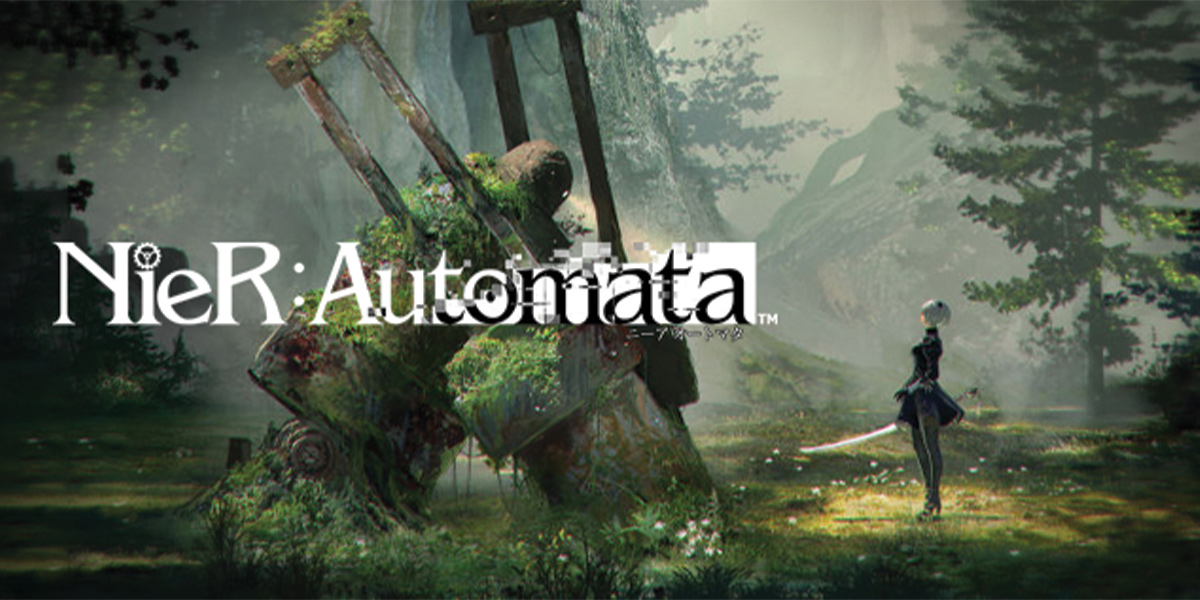 Editor’s note: This guest-authored post was inspired by a panel discussion called “Find the Kind” at MagFest in January of 2018. The panel was led by Heidi McDonald and Sean Weiland of iThrive Games, James Portnow of Extra Credits, and Dr. Shaun Cashman of Pfeiffer University. Please note that THIS POST CONTAINS SPOILERS for the game Nier: Automata.

Being kind is easy in the abstract. When asked if we would save a child, rescue a kitten, or help a starving village most of us would say yes. But saying so is easy, the doing is so much harder.

Truly acting kind often requires something of you. Whether it’s not having as much to spend on yourself because you chose to give to someone else or having an hour less in your day because you decided to listen to a friend in need, kindness often comes with a sacrifice and this is what so few games capture.

But there is at least one game that does: Nier: Automata (rated 18+ years).

What’s more, most games are about empowerment. They’re about making you feel good, about making you feel strong. In many ways this is excellent, but sometimes we as game designers are too afraid to do anything which might make you feel as though you have a limit or as though something is being taken away from you.  This means that almost no game asks for real sacrifice when it asks you if you wish to be kind.

Sure, some games may ask you to give up a few thousand gold to help a war-torn town, but by that point you usually have enough wealth to make this trivial, to make it not feel like a sacrifice at all. Other games may ask you to do a hard fight or beat a level in a more challenging way in order to do something kind, but that’s just giving you more of what you love. That’s us as designers finding a way to tell you that you made a tough choice to do the right thing when really we’re actually just offering you something fun, exciting, or different to do for making the “kind” choice.

There are a handful of games that have moments that ask something more of players, from Papers, Please to This War of Mine. But there’s one game that stands out for requiring true empathy and kindness, for requiring real sacrifice from players themselves. There’s one game that made me put down the controller and sit for 30 minutes asking myself, “Am I really willing to make that type of sacrifice to do the right thing for people I’ll never know?” This is, of course, Nier: Automata.

At the end of Nier: Automata you face an incredibly difficult boss battle, one that’s nearly impossible. Each time you die you are met with a few words of encouragement from other players, so you reload and try again. After a few deaths you’re presented with a new option: other players have offered to rescue you. Will you take their help? You load again to try a last time and, one by one, ships flock in, each with its own name, with its own real person associated with it, and the music swells from a single melody line to a chorus. Now you’re not alone. Now you can win. As you fight and as they die — these people who have come to help you — you’re told their data is lost. But at last you win. Because of them you can see the real end to the game.

The final cutscene rolls. You get to see the ending you’ve played so long to see. Then you’re presented with one last choice. You can help someone out there. You can be one of those little ships sent to rescue a player who is stuck. But there’s a cost. You must give up your save data. It will be deleted forever. The dozens of hours you put into this game, gone. Your chance to finish those quests you left undone, gone. The possibility of playing the finale again and watching the ending one more time, gone.

A player sacrifices save data to help another unknown player of Nier: Automata.

For players this is a real, meaningful sacrifice, something that giving up a handful of gold can never be. You have to let go, you have to give up all those characters you love. But when you remember the ships that came to save you — the other people who made this choice never knowing who you were, those people who came to help you anyway — if you’re anything like me, you push that button.

You push it not out of gratitude or even out of respect, you push it because you know that there will be someone else out there like you, someone sitting in front of a screen excited to be close to reaching the end. Someone who will never get to see that ending without help. You understand what it is to be that person, so you push that button and watch as, line by line, item by item, the game deletes all the things you’ve done.

It’s a moment of empathy for someone you’ve never met and will never meet. An act which will garner you no praise, for which you will be rewarded directly in no way by someone else. It’s an act of pure kindness towards a stranger. It’s a game reminding us: in the end, we’re all in this together.

Best known for writing the web series Extra Credits, James Portnow is a game designer and consultant known for his theories on socially positive design. He received his Masters from Carnegie Mellon’s Entertainment Technology Center, went on to work for Activision as a designer on the Call of Duty series before raising funds to start his own company, Divide by Zero Games. He currently serves as the CEO of Rainmaker Games, a design and consulting firm that has worked with partners from Zynga to Riot Games, in addition to writing the popular Extra Credits and Extra History series.